The Western Michigan University Cooley Law School Innocence Project’s exoneration of Kenneth Wyniemko in 2003 will be featured in a new Netflix series, The Innocence Files. The series is set to drop on Wednesday, April 15. 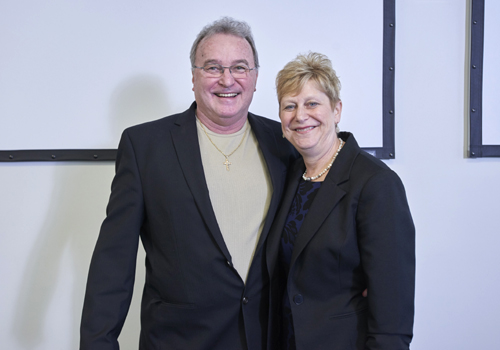 Wyniemko was convicted of a 1994 criminal sexual conduct, breaking and entering, and armed robbery, in Clinton Township, Michigan. The victim had very little opportunity to view the assailant, but Wyniemko was still convicted based on the victim’s identification and a government informant. None of the physical evidence linked Wyniemko to the crime scene, and Wyniemko’s attorney had only two days to prepare for trial.

The WMU-Cooley Innocence Project obtained post-conviction DNA testing in 2003. With assistance from attorney Gail Pamukov, Wyniemko’s conviction was overturned and all charges were dismissed by Macomb County prosecutors on June 17, 2013. Five years later the actual perpetrator was identified through the DNA data bank.

“Learning more about the story behind Ken’s wrongful conviction will be shocking,” said Marla Mitchell-Cichon, director of WMU-Cooley’s Innocence Project.

Barry Scheck and Peter Neufeld, co-founders of the Innocence Project Network, are consulting executives and have worked with agents, lawyers, Netflix, and the directors for more than three years to produce the series. The nine-episode documentary shines a light on the personal stories behind eight wrongful convictions, including Wyniemko’s.

About WMU-Cooley Law School Innocence Project: WMU-Cooley’s project is part of the Innocence Network, which has been credited with the release of over 350 wrongfully accused prisoners through the use of DNA testing. The WMU-Cooley project has screened over 5700 cases since 2001 and is responsible for the exoneration of Kenneth Wyniemko (2003), Nathaniel Hatchett (2008), Donya Davis (2014), and LeDura Watkins (2017). The Project is staffed by WMU-Cooley Law School students, who work under the supervision of WMU-Cooley Project attorneys. Those interested in donating and supporting the work of the WMU-Cooley Innocence Project can do so at cooley.edu/academics/experiential-learning/innocence-project.

About Western Michigan University Cooley Law School: WMU-Cooley Law School resulted from the 2014 affiliation that combined WMU's status as a nationally-ranked, public, comprehensive research university with the commitment to practical legal education of an independent, non-profit, national law school. WMU-Cooley is accredited by both the American Bar Association and the Higher Learning Commission of the North Central Association of Colleges and Schools. Since the law school's founding in 1972, WMU-Cooley has provided more than 20,000 graduates with the practical skills necessary for a seamless transition from academia to the real world.  WMU-Cooley enrolls classes year-round at its Michigan and Florida campuses. Western and WMU-Cooley Law School operate as independent institutions with their own governance structure and separate fiduciary responsibilities.