The article discusses the challenges that prosecuting attorneys face when trying cases involving children left behind in hot cars. 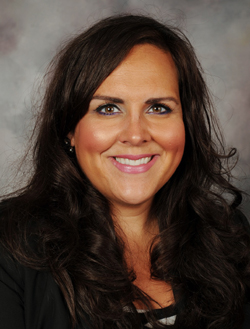 Breitfeld’s article, “Hot-Car Deaths and Forgotten-Baby Syndrome: A Case Against Prosecution,” calls on prosecutors and policymakers to re-examine their perception and treatment of parents who forget their children in cars.

A former assistant prosecuting attorney, Breitfeld offers prosecutors guidance on how to analyze these cases, urging them to advocate for reform in their communities. In the 35-page article, she explores the neuroscience behind forgetting a child, and examines recent cases to identify three categories of parents in hot-car child deaths: parents who truly forget their children in the car, parents who take calculated risks because they are uneducated about the danger of leaving children in cars, and parents who commit criminally negligent and intentional filicide.

Breitfeld argues that fundamental criminal law principles do not support a finding of criminal responsibility against truly forgetful parents, arguing that prosecutors should use community engagement along with existing safety and educational tools to reduce the ranks of the first two parent groups and the number of hot-car child deaths.

“When a child dies from a hot-car death, we have a visceral response to blame someone: someone must have done something wrong for a child to have suffered. And this is a natural, normal reaction. But it does not mean it is the right one,” wrote Breitfeld.

For the article, Breitfeld shared details of five hot-car death cases. Two of the five parents were criminally charged. Both were found not guilty, and both had to relive the tragedy all over again while fighting for their freedom. Other parents, similarly situated, never faced criminal liability.

“That severe disparity in treatment, in nearly identical cases, illustrates the power of the prosecuting attorneys and why prosecutors must educate themselves on forgotten-baby syndrome and hot-car deaths,” stated Breitfeld.

Breitfeld’s article, “Hot-Car Deaths and Forgotten-Baby Syndrome: A Case Against Prosecution,” is available online for the public through the University of California Berkeley Law Library.