The staff prides itself on the comprehensive editing and reviewing of articles, to ensure all items published are innovative and of professional quality.

In addition to publications two times a year, the WMU-Cooley Law Review also sponsors a lecture series, an annual symposium, and a distinguished brief award.

Articles in our Law Review have been used as persuasive authority in seven briefs in the United States Supreme Court – including one decided in 2006. Supreme Court Justice Sandra Day O'Connor has cited one of our articles in one of her opinions. Our articles have been cited in the decisions of 10 state supreme courts: Alaska, Arizona, Colorado, Florida, Massachusetts, Michigan, New Jersey, Tennessee, Texas, and West Virginia. Our articles have also been cited by the United States Court of Appeals for the 5th, 6th, and 8th Circuits, as well as numerous state appellate and district courts.

History of the Law Review

Many different faculty advisors have served the Law Review. Spencer Abraham, who represented Michigan in the United States Senate from 1995-2001 and co-founded the Federalist Society, assisted the Cooley Law Review as its first faculty advisor. Other faculty advisors who are best known and loved for their contributions to the law review include Professors Philip Prygoski, Evelyn Calogero, Mark Cooney, Chris Trudeau, and current advisor Prof. Mark Cooney.

As the law school has grown, the size of its law review has increased dramatically. In 1980, the law review started with just ten students. Today the law review is made up of over 40 students, including eight student-leadership roles that make up the Board of Editors.

The Western Michigan University Thomas M. Cooley Law Review continues to publish two issues each year. You can view our current volume and archived volumes back through Michaelmas Term 2009 using the links on the right. 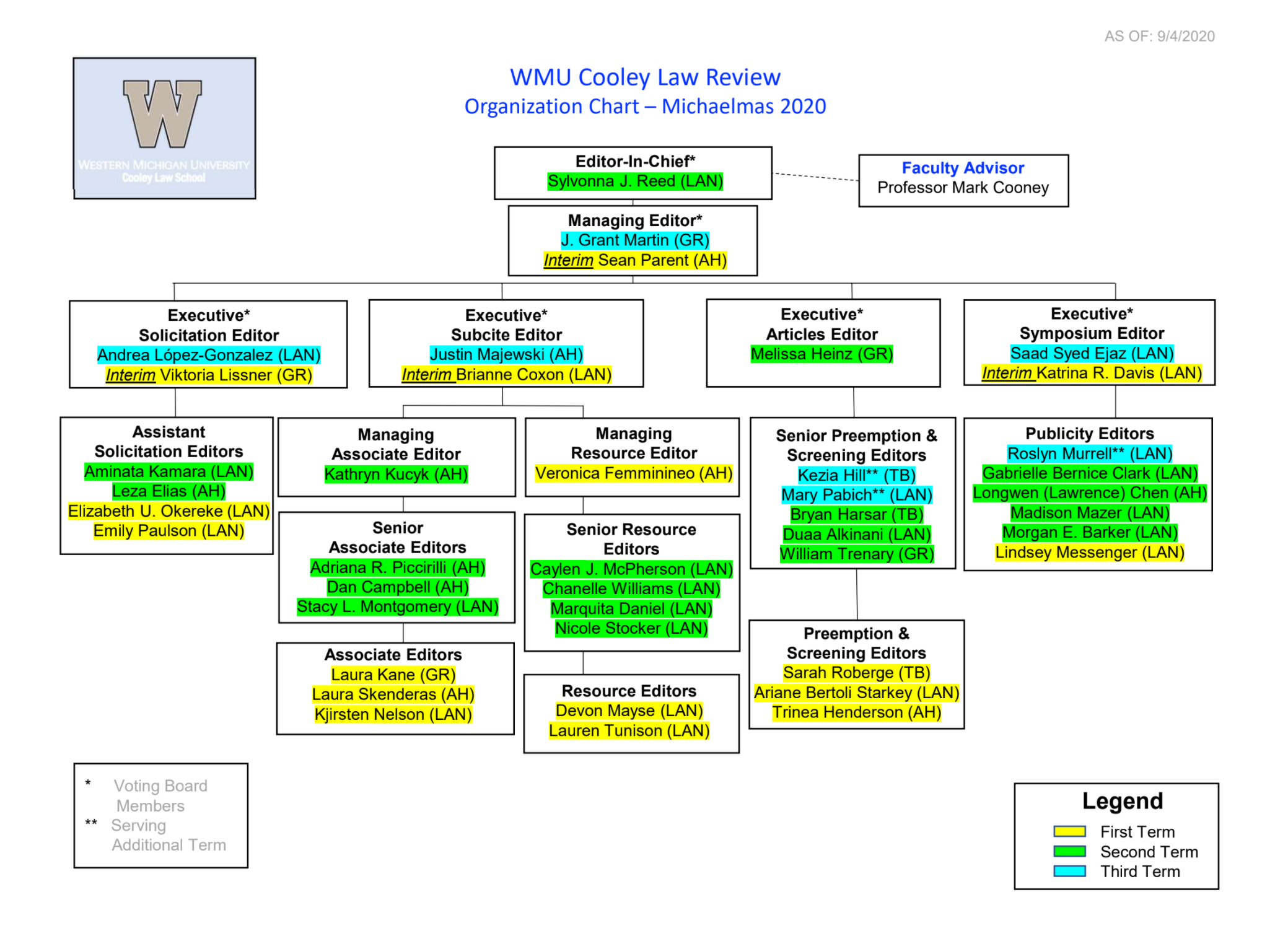